Hold tight folks, we’re about to get nerdy. This month saw the release of the 21st film in the Marvel cinematic universe – Captain Marvel.

Captain Marvel is the latest, and arguably greatest hero marvel has committed to film. She’s a rock and rollin’, fighter pilot with amnesia. Living on another planet, she comes back to earth in the 90’s and fights shape-shifting aliens. You know, that old chestnut!

But one thing she didn’t forget is how to ride a motorcycle. In an all to brief scene featuring a motorcycle, she “borrows” a Harley-Davidson Sportster and looks pretty badass on it. Whilst not exactly important to the plot, it’s still pretty cool to see a hero on a motorcycle.

Of course this isn’t the first time a motorcycle has featured in the MCU. The marvel movies have always included a vast array of amazing vehicles. Way back in 2008’s Iron Man, we got a glimpse of billionaire Tony Stark’s car collection featuring the Audi R8 and a 1932 Ford Roadster.

But it wasn’t until Captain America: The First Avenger (2011), that we got to see any two wheeled action. Set mostly during WW2, Captain Steve Rogers rode an era appropriate 1942 Harley-Davidson WLA “Liberator”. In the movie, that motorcycle has a self-destruct function that is used as part of a rescue mission.

Next up is Black Widow on a Harley-Davidson LiveWire – This bike was ahead of it’s time. Literally. Featured in Avengers: Age of Ulton, this prototype electric motorcycle didn’t even exist when the film came out in 2015. But will be available to pre order this year (2019). 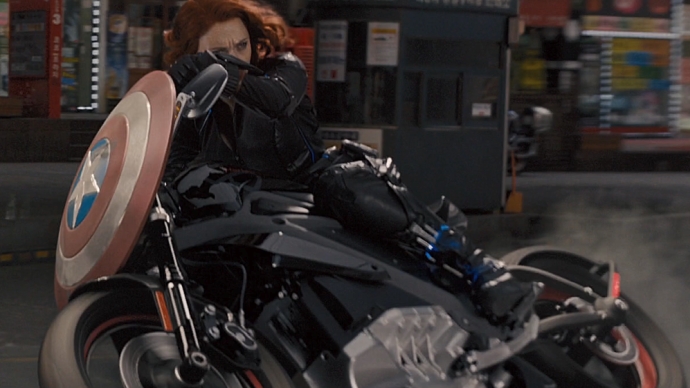 Marvel and Harley have had a great business relationship over the years and Harley even released a range of Marvel hero themed bikes a few years ago. Long may this relationship continue, it always gets my spidey-sense tingling when I see a two wheeler on the big screen!

3 thoughts on “Only Superheroes Ride Harleys”