Zen & The Art Of Motorcycle Maintenance: An Inquiry into Values. 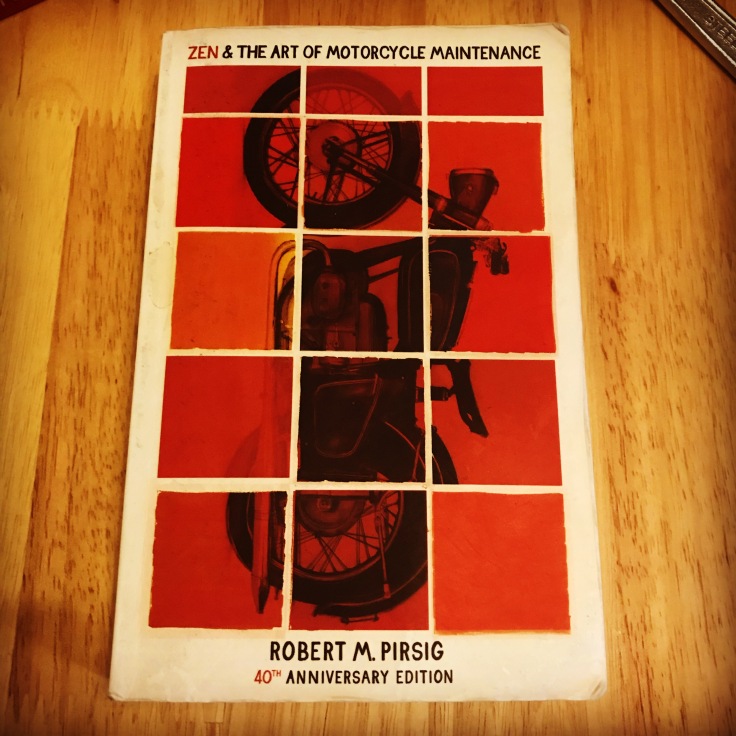 In motorcycle culture, there is one book that frequently comes up. Zen & the art of motorcycle maintenance by Robert M. Pirsig. First published in 1974, it’s considered to be one of the greatest philosophical books ever written.

There’s a great authors note at the beginning regarding the title – “it should in no way be associated with that great body of factual information relating to orthodox Zen Buddhist practice. It’s not very factual on motorcycles, either”. Despite that, I thought I’d read it anyway.

When it comes to the philosophy side of things, there is going to be too much to unpack on a website that is primarily about motorbikes and bicycles. So it’ll try and keep it simple. The book is basically three stories for the price of one.

The main story and the reason I was initially drawn to the book, is the story of the narrator and his son, Chris, on a motorcycle journey across America. I found the road trip aspect of the story the most compelling, which is why it’s such a shame that this isn’t the main focus of the book. Pretty soon the narrator starts talking about “Chautauquas” – the second part of the story. These are big sections in which the narrator discusses his philosophies.

At first , it really interesting as he begins by considering two ways of looking at the world, “Classical” and “Romantic”. Obviously motorcycles are perfect for this as they can fall into both categories. The narrator highlights these differences with the character John Sutherland. He has a more “romantic” view of the motorcycle. He isn’t really interested in how it work, just at it works and looks good. Whilst the narrator shares the more “Classical” view, which goes on and on through the chapters as we start to uncover the narrators is actually searching for a definition of quality.

Which brings us on to the third story. During the book the narrator lets parts of his personal history through and its revealed that he has searched for a definition of quality before and, I won’t spoil it, it didn’t end well.

There’s one quote that I really enjoyed that I think sums up the whole book with relation to quality and motorbikes.

“I don’t think I’ll ever sell it. No reason to, really. They’re not like cars, with a body that rusts out in a few years. Keep them tuned and overhauled and they’ll last as long as you do. Probably longer. Quality. It’s carried us so far without trouble”.

Obviously this was written in the 70’s, so you would hope that our cars might last a little bit longer now!

So, would I recommend this book? Well, I’m torn to be honest. Parts of the book are compelling, the journey itself, the father and son relationship and some of the philosophical ideas raised early in the story are really interesting and probably what kept me reading. I also have a great feeling of accomplishment in having actually finished the book but I don’t know if that’s really a good reason to recommend it. It’s also really long and does tend to go over the same ideas more that once.

I will say if you’re looking to pick up a book about motorbike maintenance maybe pick up a Haynes manual instead.

One thought on “Book Review: Zen & The Art Of Motorcycle Maintenance”